You say potato, I say: I've been living in a downpour of hailing potatoes and I'm beyond exhausted, so could you please help me hold this umbrella?

Let’s talk about sexism and science. Not the science of sexism, but sexism in science, and what does “sexism” really mean, and what happens when well-intentioned people who all prioritize diversity and inclusion find themselves on opposite sides of an uncomfortable conversation.

Context is important for understanding the impact of any single event, so I’m going to start there, with one context for each side.

Context #1: Once upon a time, a program committee for a conference with arguably an “old-boys network” reputation wanted to improve the diversity of its conference speakers, and so put a ton of effort and time into creating a conference program that was remarkably diverse in many ways and represented a variety of perspectives. For example, in the entire conference program, there was only a single manel, which, if you’ve been following gender imbalances in who gets asked to share their expertise in the academy and beyond, is impressively low. Meanwhile, there were four symposia with all female speakers, which is impressively high. 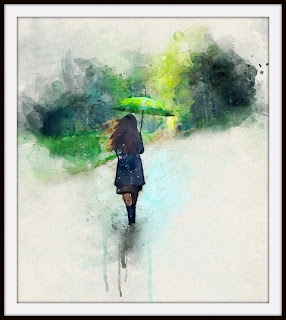 Context #2: Once upon a time, world history was what it is and sexism (and racism and homophobia and all the rest) were longstanding, entrenched, systemic problems that members of groups disadvantaged by the existing social hierarchy had to confront every day in a dozen small ways and sometimes also very big ways. The Kavanaugh hearings had brought to the fore just how little women’s voices matter in our society. And many women were feeling exhausted…exhausted by thinking almost constantly about the Kavanaugh hearing, exhausted about reliving past experiences of rape and sexual assault and men not taking “no” for an answer. Exhausted by every single tiny and large barb that we navigate on a daily basis, not just in our personal lives but also as professors. The student who asks for our advice on doing better in another class with a male professor because they “don’t want to bother him, he’s such a real professor you know and I wouldn’t want to waste his time,” the committee meeting where male professors introduce themselves to each other but not to us because they assume we’re the secretary there to take notes, the news articles that forget to interview a single woman scientist, the wildly disproportionate service expectations.

In these two contexts, the manel at the conference (the only manel at the conference, and simultaneously one of many manels in a manel-filled world) became the subject of a conversation. And I walked into the conversation and thought to myself, ugh, I am so tired of manels in the world, and I said something like: “those speakers are all smart, lovely, excellent scholars. but blech. i wish dudes would start refusing to be on panels that had such uneven representation. (although i can imagine you sometimes wouldn’t know until you accepted the invite...and yet how cool would it be if white dudes started politely bowing out of all-male panels? ‘i’m so sorry, i just realized that this will be an all-male panel! you don’t need me on here too...i’d suggest asking Dr. X, a super duper expert on this topic, instead!’)”

Now I’m going to move away from the complexities of this specific conversation and just talk about my own experience of it and what I learned. My experience of this conversation was that I intended to express a sentiment about the world (“Sexism in the world sucks! I’d love to see men taking opportunities to push back against it, when they arise!”), and some of my friends who are men heard a sentiment about individuals (“You are sexist!”).

I think that this experience helps highlight a theme that might be useful to all of us when we have conversations about these kinds of issues. I'm going to borrow from Ijeoma Oluo's kickass book to make this point, pulling out a distinction she makes about race and applying it to gender. (Her book is awesome and worth reading, if you haven’t read it yet. Click here to fix that).

Here's the distinction: We can think about sexism at an individual level (e.g., when a senior male professor asks if I can write up my notes on a committee meeting and send them to everyone, is that sexist or something he'd ask anyone? Did a particular panel end up being all men because of individual sexism or did the organizers try hard to find women speakers?). But we can also think about sexism at the systemic level (e.g., is there a broad pattern of men disproportionately asking women to take on invisible and secretarial kinds of service work? Is there a broad pattern of women scholars being relatively overlooked when it comes to invited symposia, speakers, journal articles, etc.?). I suspect that often, when a woman points out an example of something that feels sexist to her, she is trying to point out SYSTEMIC sexism. For example, I was running on a crowded narrow bridge the other day, and a man bicycled through very quickly, and a woman commented: “Of course the men speed through without stopping.” She didn’t mean this (I suspect) as any kind of comment about that particular man or his intentions in that moment. She was pointing out the impact of a broader pattern. She was venting frustration about how time after time after time after time she steps politely to the side while various men in various contexts barrel through.

I’m going to go a step further and speculate that often, when a woman points out an example of something that feels sexist to her, men may hear her comment as being focused on INDIVIDUAL sexism. For example, if the bicyclist overheard the comment about men speeding through, he might have thought to himself “For goodness sakes! That is so unfair! I just didn’t SEE the people on the bridge in time because I was trying to steer around the dog, and I am like the most feminist guy in the world and WTF is up with this random woman accusing me of being sexist!?! I’m one of the good guys!”

Similarly, when I made my comment above expressing frustration with all-male panels and wishing that more white guys would start refusing to be on them, I was expressing a sentiment about the systemic version of this issue and one way to address it. I actually wasn’t thinking much about this specific panel, because one specific panel isn’t a problem—only the broader pattern is a problem—and because the particular people on this particular panel were all awesome social justice warriors in various ways and so it really wouldn’t occur to me in a million years to call them sexist at an individual level.

If I’m right—if women often see and try to call out systemic sexism, but men often hear and (therefore quite reasonably feel defensive about) claims of individual sexism, then the question becomes how to have productive and respectful conversations about sexism without being derailed by miscommunication.

One answer is that it is up to both sides to work harder to clarify what they mean: Women need to make the extra effort to clarify when they are talking about a broad pattern and not any one particular individual or instance, and to recognize the individual efforts that the individual sitting across from them in the conversation may have put into fighting discrimination and improving inclusion already. And men need to make the extra effort to notice when they are feeling defensive, let those feelings go, recognize that the conversation might be more productive if they can hear it as being about a broad pattern rather than any particular individual behavior, and reflect on how they might do more to help combat the broad pattern in the future.

Meanwhile, white women reading this: I have a challenge for us, as well. We have privilege in so many other contexts. And that privilege comes with secret stashes of extra bandwidth. And the next time we’re sitting across from someone, virtually or in person, who says “here is my lived experience as a person of color”—let’s just sit there and LISTEN. Even if we want to say “but I’m one of the good ones!” Even if we are tempted to explain something about our own perspective in response. Instead, let’s remember that screamy feeling in our chest, the exhaustion in our heads and hearts these days. Let’s tap into the secret bandwidth stash we bring to conversations about race, and let’s and respond with “I hear you. I am listening.” And let’s amplify other people’s voices with our own that are louder and further reaching in this context.
Posted by Alison at 10:26 AM